From 7th to 9th of April 2017, DKWien has sent four teams and one judge to compete in the PEP IV tournament in Belgrade. Competing were Katja & Paul, Miri & Mark, Dariusz & Vin,  Katarina & Jan-Gunther (St.Gallen), and Ingo as judge.

All four teams and our judge broke into the semi-finals, ergo half of the break consisted of Viennese teams!
One of our teams, Dariusz and Vin,  won every single round and broke first on 15 points.

Two of our teams, Miri & Mark and Katarina and Jan-Gunter (St. Gallen) made it into the finals,
and Miri & Mark won the finals and were crowned champions of PEP IV.

A huge success for DKWien,  congratulations to all the teams and the winners! 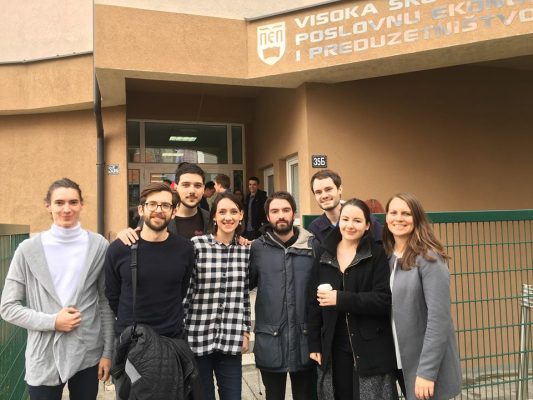 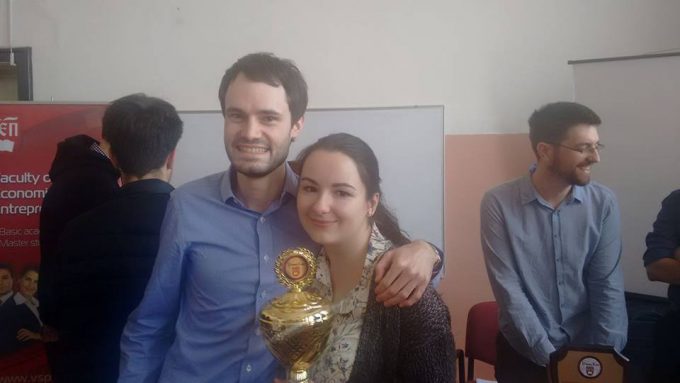 The tournament was CA’d by Etusko Lim, Alex Moise, Ilija Ivanisevic, and Monica Forman.
Here is the tab – rankings and results of the tournament.

R1 This House Would Fully Subsidize Gender Reassigment Surgery For Pubescent Teenagers Regardless of Parental Consent.
R2 This House Believes That Israel Should Fine Actors Who Refuse To Perform In Settlements
“Info slide: All theaters in Israel receive huge governmental subsidies.
Theater companies are required to tour the entire country.”
R3 This House Believes That the U.S. Should Hack China’s “Credit Social System” In Order To Disrupt It ”
Info slide: China’s “Social Credit System“ intends to use data to measure each citizen’s pro- or anti social behaviour (as decided by the Chinese government).
China intends to use it to reward and sanction its citizens.”
R4 This House Believes That Republika Srpska Should Be an Independent State
“Info slide: Republika Srpska is an entity in Bosnia and Herzegovina.
It is populated mostly by ethnic Serbs, while the rest of Bosnia is populated mostly by ethnic Bosniaks and Croats.
The majority of Republika Srpska’s population wants to secede.”
R5 This House Believes That Mexico Should Allow Neighbourhoods And Cities In North Mexico To Form Armed Militias In Order To Combat Drug Cartels.
Semifinals This House Would Impose Criminal Laws To Crimes Comitted By Users Of Avatars In Virtual Worlds (Such As ’Second Life’)
Finals  This House Supports the EU Backed Western Balkans Customs Union, Even at the Price of Terminating the Free Trade Agreement With Russia And of Joining the EU Sanctions on Russia
Info slide: The EU backed customs union is a unified trade space for Serbia, Bosnia & Herzegovina, Montenegro, Albania and self-proclaimed state of Kosovo*.