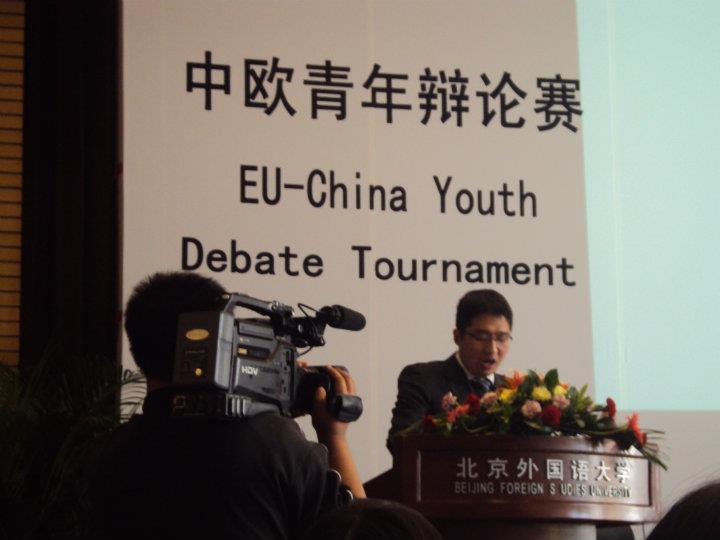 Chrisotph and Leo are invited to a marvellous tournament at Beijing FSU, get to know many interesting Chinese debaters and meet old friends from Europe, learn more about China than ever before and have plenty of fun.

For the second time the Vienna Debating Seminar is taking place at the Vienna University of Economics and Business. Debattierklub Wien invites you between July 16 and 17 to a full day seminar and a debate tournament with four rounds and a final. Manos Moschopoulos (Athens, best ESL speaker at the world championships 2010), Milan […]

Botswana, Vienna IV, Baker & McKenzie Debate Club, seminars, workshops and uncountable tournaments: Debattierklub Wien has an exciting year behind itself. To nonetheless give you a brief but complete overview over our activities of the past year we are publishing our annual report for the first time. The .pdf file has a size of 2.1MB […]

Lio Kaufman and Leonhard Weese represented as “Glenn Beckian Logic Applied” Debattierklub Wien at the Cardiff IV 2011. They performed well, missing the break to the finals just by a few speakerpoints. Leo has written a more detailed article published on Die Achte Minute. The Tab Thanks and see you soon!

Open your calendars and mark August 5 to 11 2012 with the words “Belgrade” and “awesome”. You can book your flights and advertise Belgrade Euros 2012 in your debate societies as one of the best ever. At least that is the impression I got when checking my fellow debater’s Facebook status updates. An avalanche of […]