Possibly this article will alter history a little bit (sorry, that’s an Austrian habit). The first reason therefor is that due to writing this article several days after the tournament, the author’s memories are not so detailed anymore. Two things are totally clear, however: Budapest was loads of fun and it had something to do […]

Paris IV – Wine, cheese and a lot of debating! 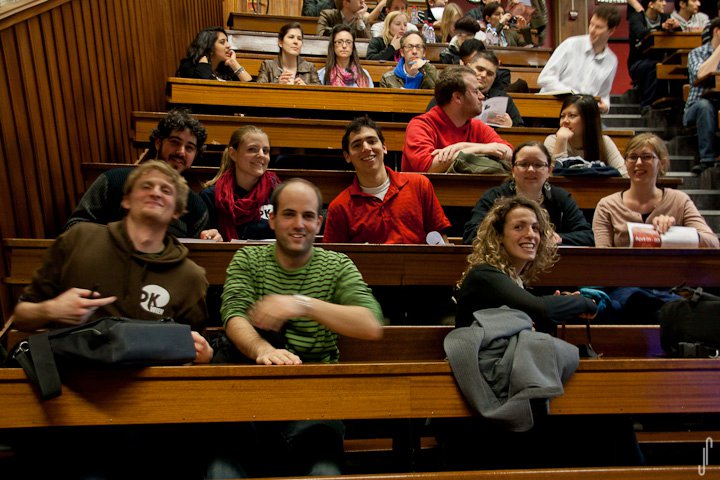 I really can’t explain why so many of us Viennese people wanted to go to Paris IV. Maybe, it was because of the promised wine and cheese, the good adjudicators or just because it’s Paris. Maybe also because it is one of the rare situations where you will get to hear the Frenchmen speaking English. […]

Lio Kaufman and Leonhard Weese represented as “Glenn Beckian Logic Applied” Debattierklub Wien at the Cardiff IV 2011. They performed well, missing the break to the finals just by a few speakerpoints. Leo has written a more detailed article published on Die Achte Minute. The Tab Thanks and see you soon!

This House Will Learn! The best occasion to do so: The Vienna Debating Workshop and Tournament on June 12 and 13 2010. Speaker of the House, Ladies and Gentlemen! We, the debaters, hold this truth to be self-evident, that debating is awesome. It would be foolish not to learn, and foolish not to listen to […]