Are you Ready for WUDC? DKWien is.

If you ask yourself why did those DKWien people invest so much time into preparation, why did they go to so many tournaments? The answer is we got a little bit ambitious in light of the largest debating tournament of the year which kicks off in Berlin these days. The mother of all debating tournaments starts on the 27th December and has 400 Teams competing. The winner will be entitled to call himself World Champion 2013.

DKWien send a massive contingent of 3 teams and 2 adjudicators as well as several volunteers to Berlin. 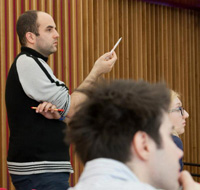 Cheer for them so that they fulfil their mission and bring home pride and glory for DKWien. They will give everything they have (and even more) to score a good result and place Vienna higher on the map of successful debating societies. 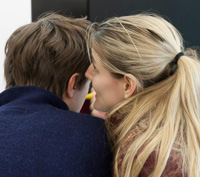 They both will make sure you will be more than covered with news about what’s going on in Berlin (and what’s up with the Vienna Teams).

Vienna Winter Worlds Prep was a blast- here is what you missed out on if you weren’t there. 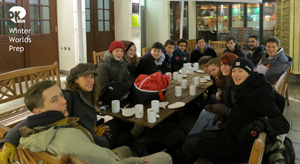 Vienna is the perfect place to be for Christmas. Even more so if you were a WUDC team eager to prepare for the Berlin this year.

We had WUDC Champion Michael Shapira over to give the DKWien Contingent and a selection of teams from Romania, Germany, Mexico and Slovenia a final dose of preparation for Berlin Worlds. The 8-12 team tournament started off on Friday with a Workshop on WUDC Strategy and one Round of Debating. Afterwards we went to Punschmonster at Mariahilfer Straße for Punsch and Pancakes which proved that the inofficial name for the tournament was Punsch IV for a reason. Saturday came with another 4 rounds of debating, heaps of good feedback and a well-deserved social afterwards. The spectacle ended with another infamous DKWien fun debate at Rosie’s (thank you so much Rosie for sacrificing your place for that).

1 – THBT Governments Should Not Offer Any Benefits based on the Basis of Marital Status.

2- THBT social disgust is a sufficient justification to censor art.

3- THB all states have the right to nuclear weapons.

Fundebate THB That boys and girls can never only be friends

December Training – This month had a lot.

You were bored in December? Well probably you did something wrong then. December was one of the busiest months DKWien had ever seen. Not only did we have out regular debates on Tuesdays and Wednesdays – also our Monday Sessions were given a more competitive focus. The highlight was the DKWien knowledge show on the 17th of December that aimed at giving debaters a huge amount of facts they would be able use in debating. For that purpose DKWien’s experienced debaters gave 20min inputs on 8 topics they considered important for debaters to know. 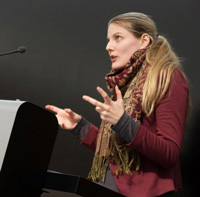 The University of Cologne, and their debating society Tilbury House (one of the few German societies focussing on BPDebating) invited 40 Teams to Cologne for a tournament. The 5 rounds were CAed by Dessi Kirova (WUDC Finalist) and Sella Nevo (WUDC Champion). Remarkable was not only the friendly atmosphere in the snowy city of Cologne but also the astounding success of the DKWien teams. Even though non-german teams had the odds (i.e. the judging) against them, two Vienna teams broke and made it through to the grand final. Short time after the first time that two Vienna teams broke at the same tournament (SOAS IV), we had a 50% Vienna Final at a tournament. That’s something to be really proud of – when 2 of 3 teams we send make it into the final that’s exactly a sign that we are on the right track. Eager to see more DKWien teams in Finals soon! 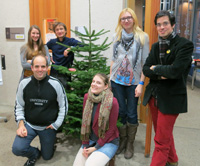 The very sucessful contingent for Tilbury House IV – Good on you guys!

R1: THW only release prisoners if they are rehabilitated
R2: THBT slacktivism has harmed activism more than it has benefited it
R3: TH supports a technocratic government in times of dire financial crisis
R4: THW ban all lobbyist activity
R5: THBT matchmaking is a better system than dating
Semi: THW allow parents to sell their babies
Final: THBT a society in which charity and donations are prevalent is preferable to a society with a state run welfare system

Winner: Groningen A;  Finalists: Aachen Empire Steps Back, Groningen, Vienna B, Vienna A; 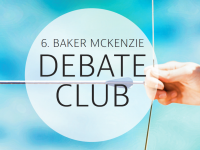 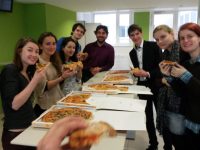