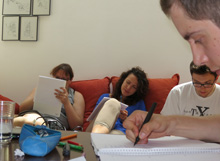 The Prischls invited the DKWien crowd to Mödling to prep for Euros on a hot July Summer weekend (28-29 July 2012). On the one hand it was the best possible preparation ever, on the other there was just a hell lot of fun involved. Both things were not too bad actually. Still the author will try to paint a hard and unpleasant picture of the weekend just to stress how really, really, really hard we prepped.

We knew in order to boost the DKWien tournament performance we had to induce drastic measures. Not only did we have to train all that debating stuff, there is also the lack of sleep, all that talking to other people and the sometimes unbelievable amounts of drinks and food that add to the challenge. Moreover, it is Summer, Belgrade was doomed to be hot from the beginning. So we knew, if would like to be doing serious preparation shortly before Euros it had to be incredibly tough in terms of all this things. That’s where the Mödling Invitational stepped in. 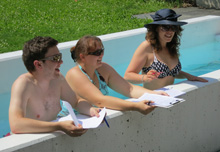 Can you see how our judging pool is under pressure to deliver a fast and good call?

The Mödling Invitational demanded everything form debaters and judges. The 4 teams competing did not only to fight 4 rounds on sophisticated motions against each other within these two days. One of these rounds was held on a hill, so that also the physical fitness was challenged in getting up there. Moreover they were subject to tough competitive feedback. One debate was even judged by WUDC Finalist Rogier Baart (Leiden/currently Melbourne) via Skype from Australia. The rest of the calls were delivered by the finest Debattierklub Wien has to offer in terms of judging (Florian Prischl, Sabine Rainalter, Rosie Halmi, Jakob Reiter). Thus debaters were confronted with the most sophisticated feedback available, which revealed even the finest flaws in the argumentation. Can there be any more dolour to a person than revealing her very own mistakes combined with the implied condescension to demand improvement?

People had to wear hats against the sunshine! Outrageous!

Further, also the judges had to carry their cross. They were thrown into the water for the time of their discussion to literally form a judging pool. Albeit inexplicably ineffective this is of course a very hash form of punishment when the outside temperature is 30C(!) only. However, massive amounts of food and drinks formed the main challenge for everyone who participated in the Mödling Invitational. With hot-burning barbeque and devilish cocktails on Saturday evening, debaters had to deal with an untamed revelry they are hardly prepared for from their ordinary lives. Tantalous could not even imagine how hard we had to suffer due to the amount of seductive delicacies that still tempted after everyone had still eat one’s fill, having to endure the limits of capacity of the very own stomach.  All that just added to the merciless sun shining all day and the fact that the banquette deprived debaters from gaining the more restorative pre-midnight sleep they would have deserved so well. Supplementary to these Elysian tortures the comfortable beds provided by the Prischls converted the wakeup call in the morning into a sheer agony compared to the relive debaters feel on British IVs when waking up means not-having-to-sleep any more.

Ok, judging by the paragraphs before it’s actually pretty hard to make the Mödling Invitational appear an unpleasant tournament. Indeed the opposite was the case. The teams Vienna Sunny Side, Vienna Thunderstorm, Vienna Heatwave and Vienna Pool Side actually coped pretty well with the debates & sunshine challenge and so did the judges in their pool. Thank you Andreas & Florian Prischl for proofing: A weekend with the DKWien is not just a good a weekend. This was an awesome one. 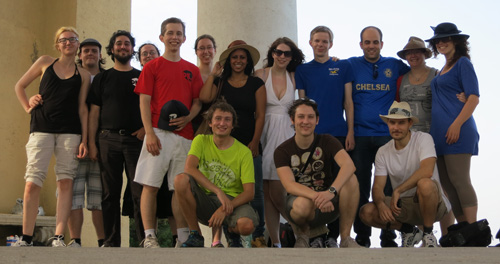 Are these people really looking, like they’d be enjoying their weekend? Yes? Well, maybe it was just the case.

Given the emergence of Artificial Intelligence, THW grant AI the same rights as humans.

THB that private gun ownership is beneficial to society 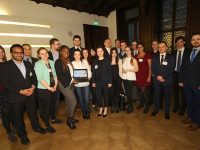 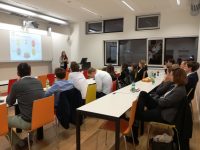 VIEFRESH Delta Kilo Whiskey One Three has touched down on the runway. Debattierklub Wien's second edition of Vienna Freshers', the tournament for new debaters took…read more →