Every time, we send our debaters to foreign tournament, they have explicit order to spy out everything that could help debating in Austria improve. Like liberal governments we usually keep this information secret, but since wikileaks revealed so many Viennese documents, we see ourselves forced to publish this article that otherwise would be leaked anyway.

The fact that the Bristol IV was a British tournament a short time before Worlds gave reason to expect high-level debating with a couple of good teams that are planning to score at Worlds. Bristol is a Ryanair-Hub and is as such reachable with cheap flights from Bratislava. The contra-arguments (crash only, British weather) were negligible.

Bristol lying in the south west of England is a quite nice medium-size city. There is one (1) sight, the Clifton suspension Bridge, houses and surroundings are inconspicuous, yet the University, where the tournament took place, is impressive; there is a tower (!) and it has quite a good reputation. The weather was noticeable since there was no rain the whole weekend, surprisingly there were periods of sunshine as well – the hypothesis that it is always raining in Britain can be neglected. It was cold too, so we would suggest the British to insulate their houses, because debates in winter-coats are probably not the best solution. They should also consider importing tasty food.

27 teams turned up, the major part from Oxford (5 Teams). A felt 90 percent of the teams arriving was up to practice for worlds. Hence, there were very few novices or less experienced teams, in fact, the level in the pin-rooms was also okay. Miriam Baghdady and Stefan Zweiker joined the competition for the Debattierklub Wien as Team Vienna Apfelstrudel.

Unlike many European tournaments where judging seems to be a welcomed side effect of tournaments, it plays a major role in British competitions. Can Okar was CA and they had an excellent and judging pool (like Oscar Lee Avrey, Sheraz Querishi, etc.), which could serve every room with at least 4 judges. Of course this fact lead to decision making  taking a long time; however, the feedback was always awesome and all decisions seemed to comprehensible and well reasoned. This seemed to be especially important to the good teams that were facing uncompromising competition.

Probably the best motions ever seen on a tournament. It has to be noted that British debaters tended to deal with this motions on a principle level, which sometimes lead to a different setup than it would have been for a simple policy approach.

Cambridge won a great final versus two Oxford teams and one from Birmingham.

No food included, no hostel, the focus of this tournament was not joy but debating. There was not much of ceremony needed, they just made a good tournament. Even the socials probably could not compete with what can be seen on the continent, but it was not necessary since some teams seemed to go to bed early simply not to worsen the results of the next day. The competition was so tough that it seemed to be more important beating other teams than to overact in socializing. A pure debating tournament.

Conclusion: Everything concerning debating was perfect, surrounding comfort was not to be expected. 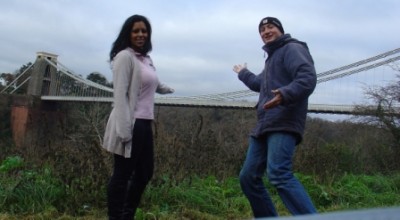 Team Vienna Apfelstrudel in front of the Clifton Suspension Bridge, the only sight of Bristol 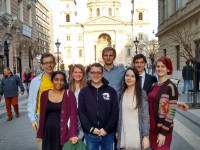 This House believes that everybody should go to debating tournaments! Randomly scrolling through the depths of Facebook on a Thursday night, a wild BPO post…read more →