At this year’s UCU Open in Utrecht, three members of DKWien were part of two amazingly successful teams.

One was a mixed team: Miri Muntean from DKWien and George Hames, former Oxford Union debater.
The other one was composed of the two freshers Marina Kojic and Natalija Ljubic, who only started debating this season.
At first glance, it might seem like an unusual delegation, but what these four happen to have in common is EUDC Novi Sad. Marina, Miri and George bonded during their time in the Organisation Committee and Natalija joined the event as a last-minute-emergency-volunteer. 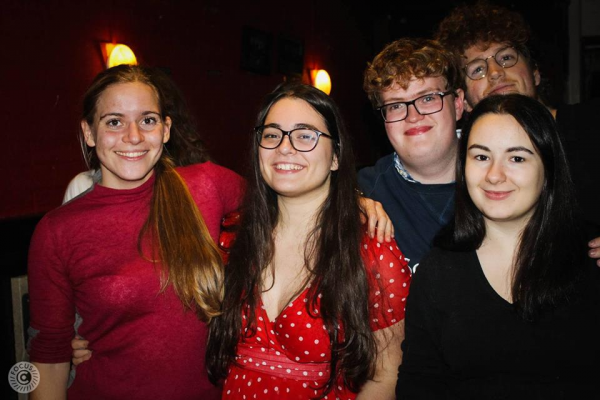 Together, they now set out for their next adventure: exploring the dutch debating circuit. This proved to be quite successful:
Miri and George broke to the Open Final as the second team, while Marina and Natalija,
despite both being Novices, were able to reach the Pro-Am Final.

Both Miri and George also made it among the top 10 speakers of the tournament.

R1: THW not allow family members of prominent politicians (e.g. Clinton, Le Pen, Gandhi and Kenyatta) to run for office
R2: This House Believes That Governments Should Stimulate Renting Rather Than Buying Houses.
R3: THW allow companies to pay more to women who agree not to have children
R4: THBT supreme courts should not be allowed to overturn laws
R5: THW mandate companies to make data on their consumers public in an anonymized fashion
Pro-Am Final: THBT Highly educated individuals in post-conflict regions have a moral obligation to stay and help rebuild
Semifinals: THR the 2012 decision
(Infoslide: The alien tort statue is a statute that allowed foreign citizens to sue for human-right violations committed outside of the U.S. in U.S. courts from 1980’s to 2012. In 2012 the Supreme Court redefined the interpretation of the statute to no longer cover crimes committed outside of the U.S. )
Grand Final: THW still not be catholic
(Infoslide: An Angel appears. They tell you the following: “God exists, heaven and hell do not. The Pope is the replacement of Jesus Christ on Earth.”)

Vienna Freshers’ – The Freshest Tournament Ever!

So don't be scared - dare the jump! The weekend of 10th & 11th of November beginners, starters and basically anyone who has been debating…read more → 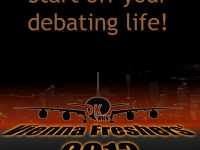 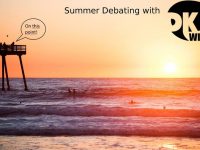 Join us this Summer Even in Summer the Debattierklub Wien continues its Training.  There will be Training Debates for all interested on Wednesday. Additionally there…read more →