The year 2018 proves to be a most successful year for DK Wien until now. After our Break to the Quarterfinals of the Worlds Debating Championship in Mexico City in january for the first time in history, we now won the German-language competition “South German Debating Championship” in Tübingen in april 2018.

DKWien has been participating in this tournament (which qualifies debate clubs for the German-speaking Debate Championships) for quite some time now, reaching the finals in most of the years. Last year a speaker from DKWien won the title for the best speaker of the entire competition. This year the club’s members managed to outdo themselves: Katrin and Marvin have won the finals for the first time since 2013 and are now crowned South German Champions. Katrin and Marvin, however, are not the only team that represented us at the championships. DKWien also sent a freshers team consisting of Elisabeth and Martin who reached the semifinals together, a remarkable achievement given they have just started debating in fall 2017.

While some of our members were debating away in Tübingen, Madlen and Mark both represented DKWien at the North-East-German Championships in Leipzig, which coincided with Tübingen. Mark was there as a Chief Adjudicator responsible for selecting debate topics, and Madlen came to support the competition as an Independent Adjudicator. She also chaired the finals of the competition. Congratulations to all teams and judges! 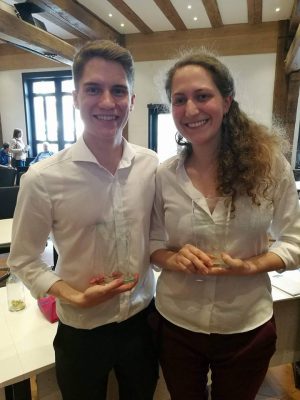 Nine DKWien Members went to Tübingen (Germany) for the South German Championship. We sent three teams (Marvin & Katrin, Elisabeth & Martin, Ricardo & Josef) and three judges (Anna, Joy & Uyanga). Two of the three teams were novices and used the past six months to develop their rhetorical and argumentative skills through our training sessions at DKWien. 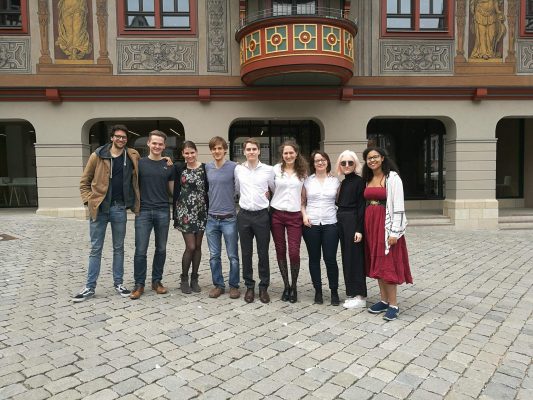 Topics (translated by the Author)

R4: THR the europewide loss of Importance of formerly big people’s parties in favour of a fragmentation of the party scene.

THB Germans should be more patriotic.

Beautiful hotel accommodation, five minutes from the beach, full board residential, free alcohol - sounds good for all-inclusive-party-vacations but for debaters its even more important…read more → 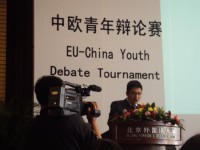 In simplified Chinese, the set of letters so strongly supported to replace a much more complex set of characters, the word China is written as…read more → 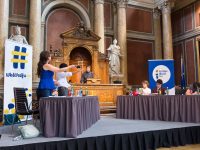 VIV 2017 100 Participants from 15 Nations joined the DK Wien for the 2017 edition of the Vienna IV. After two days in the beautiful…read more →