There is hardly a better time to visit Ireland than in January, or so we thought. Debaters have strange thoughts sometimes, and so Melanie Sindelar, Katja Schager, Vinicius Bremer, Katharina Stangl and Paul Reiter, decided to fly to Dublin and participate in two tournaments held by the Trinity College Debating Society. 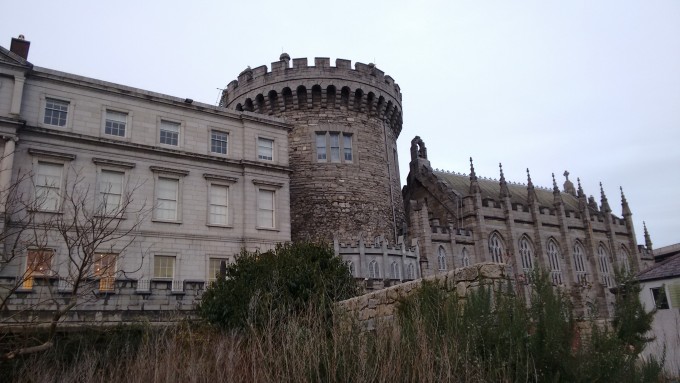 The first tournament to take place was the Trinity Women’s Open 2016, Ireland’s biggest all female tournament. Katja and Melanie had an amazing performance, not only by choosing an awesome team name – Vienna Valie Export – but by also advancing to the Semi-Final. The Semi-Final’s motion was quite unexpected: This House Supports the Concept of Orgasm Intervention.

Unfortunately, as a man Vinicius was barred from watching the Women’s semi-final and entering the building, in order to avoid disturbing the female debaters and judges. The Final was then opened to the general public. Whereas to Austrian debaters this might sound strange, IONA circuits find much difficulty in attracting female debaters, also because of higher levels of sexism prevalent in the circuit. That is also why Vin was surprised to find this policy, because since he joined the Debattierklub Wien, men have been rather in the minority, not the majority.

The day after the Trinity IV happened, one of the biggest and most prestigious tournaments on the British Isles. The Trinity Debating Society has an impressive clubhouse, with a beautiful and giant chamber, in which announcements and the Finals were held. However, the chamber nearly burst because of all the debaters and judges who made their way to Trinity. During the announcements it was hard to understand each other’s words in the noisy chamber. In debating, not understanding each other is seldom (but sometimes) an advantage.

At the Trinity IV, the DKWien performance was possibly a little less note-worthy than the Women’s. In one round Paul inexplicably managed to get 66 speaker points, probably by involuntarily insulting everyone on the judging panel. Luckily the honor of DKWien was saved by Melanie, who broke as a judge into the Open Quarters and Semis.

After the tournament we did it as the Irish do and drowned our sorrows and/or celebrated our victories by filling up on Guinness (which really does taste better in Ireland). The next day we headed out see the beautiful Irish countryside. We drove to the Dingle peninsula in our rental car to enjoy the dramatic cliffs and the traditional Irish village life. We also had to adjust to the new road-system, whereas famously done on the Isles, you drive on the wrong side of the road (wrong from our perspective, of course). 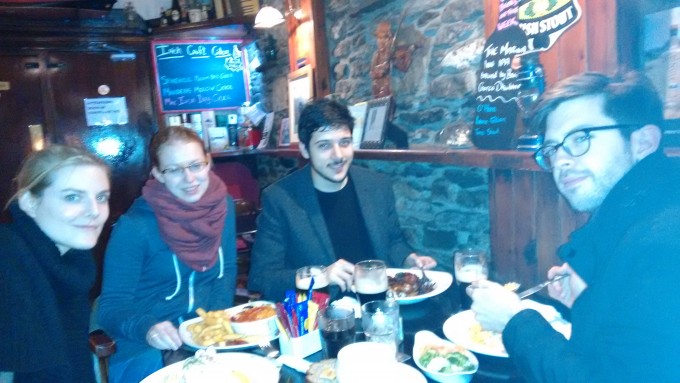 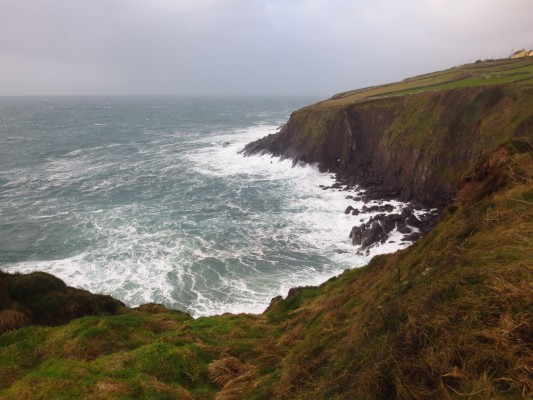 Our guide and contact to local customs was Katharina, who spend several moths in Ireland as an exchange student previously. She explained to us the beauty of Irish winter weather, by pointing out that it stops raining five times a day and the sun comes out for a brief moment. Therefore, the rain counts as a mere interlude between periods of good weather. We are not going to debate that claim.