The Budapest Open from the 1. to the 4. March, 2013 was (almost) the first official British parliamentary debate tournament taking place in Hungary. As a cooperation between students and debate societies from the Central European University and Corvinus University of Budapest it attracted total of 48 teams debated in 4 preliminary rounds to break to semi-finals.

Rooms were provided in the four star hotel ‘City Hotel Mátyás’ – which was not just in the city center, but also provided very high and rare comfort, unknown to the average debating tournaments visitor, manifesting in baroque style rooms and a MASSIVE breakfast, which was needed after the long and exhausting party nights.

The motions of the Budapest Open were:

Round 1: THW not imprison those convicted of non-violent crimes
Round 2: THW make development aid conditional upon the improvement of women’s rights.
Round 3: THW lift the ban on Communist symbols in all post-communist countries.
Round 4: THW only provide state pension to those mentally or physically unable to work.
Semi Final: THW ban the development of medicine designed to erase human memories
Final: THBT the use of violence to protest socioeconomic injustice in Western societies is justified.

The tournament was won by ‘Pinky and the Brain’ (Macedonia) on a 3-2 split. The best speaker was Maja Cimerman.

Thank you Central European University, Corvinus University of Budapest and Maja Nenadović for making Budapest Open Tournament an unforgettable weekend, we are looking forward to come back soon.

Special thanks for contribution of information: 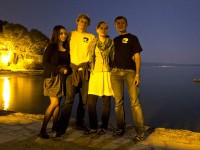 Split Union Open 2011 took place in Split Croatia on May 13-15 2011. The first half of this article will be structured the way a…read more → 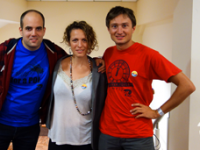 DKWien’s ‘Contingent of Bright Sunshine’ broke a team and an adjudicator at the European University Debate Championships 2013 in Manchester. Hereby the Mission to Break…read more →