Singapore Debate Open took place in the small capitalist police state from December 14th to 16th. The tournament was well organised and attracted a high class adjudication core. Let’s better not talk about the rest though. The author decided to show pictures instead.

THW protect undiscovered tribes from the outside world

½ TH should only appoint female generals

Final: THW entitle citizens to sue their governments for compensation after natural disasters

*If you ask yourself: What the hell? Shall we invade Canada for pulling out of Kyoto? Seriously, all these motions were real and no gov won this one.

Beautiful hotel accommodation, five minutes from the beach, full board residential, free alcohol - sounds good for all-inclusive-party-vacations but for debaters its even more important…read more → 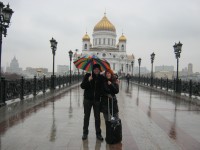 Debating in Moscow at the HSE OPEN 2012: Cold from the Outside, Warm on the Inside

The Berlin IV took place from 8th to 10th July 2011 and Debattierklub Wien sent four teams and three adjudicators to, what some people consider…read more →